The Benefits & Challenges of e-Coaching

When we think about the future of work there are a number of trends that instantly pop into our minds around what work will be like for us in the coming decades.  One of the main trends we have seen tremendous growth in has been that of technology.  Every job is going to be impacted by technology – while there are definite benefits there are also some challenges.  Clients can now gain coaching from coaches located anywhere in the world via different platforms.  Fast-growing information and communication technologies (ICT), especially mobile networks, have opened up new opportunities and challenges for leadership in an increasingly digitalised workplace allowing coaches to use phone, video, messaging and texts, social networks and in some cases AI to coach. We have seen e-coaching platforms pop up everywhere. Just like the practice of coaching surpassed the traditional academic research of its time so too does the practice of e-coaching.  So the question has to be asked, what is better?  Is traditional face to face (FtF) coaching best for coachees, or, in our fast paced lives and working environments is using technology in e-coaching better?

There are a number of advantages for those contemplating using e-coaching within their workplace. These include; speed, availability and accessibility. There are less restraints when you consider we are living and working in a globalised environment.  Workplaces are often boundryless and time zones can impact on your work schedule.  E-coaching can also allow a coach to facilitate several coachees simultaneously allowing for efficiencies.  While e-coaching might seem like the logical step to take, a coach must understand that using technology during a coaching session can lead to minimised nonverbal, social and environmental cues that are important in the communication process. This can lead to misinterpretations and perceptions by the coachee due to the absence of non-verbal cues and can ultimately lead to poor communication and an unsuccessful coaching experience.

So, what is best then?  Recent studies have shown that coaching effectiveness is determined by two important factors: the coaching style adopted by the coach (Hui, Lee and Sue-Chan, 2017; Hui and Sue-Chan, 2018) and the coaching communication medium used (Jones, Woods and Guillaume, 2016; Stein and Wanstreet, 2013). One must take into account the non-verbal and social cues that are displayed. Coaches need to realise that these cues are different for FtF interactions and e-coaching. Although e-coaching may lead to interpersonal interactions that are not as effective due to the lack of non-verbal cues, it can support stronger interconnectedness and responsiveness between coach and coachee due to the changes in the way we communicate. For example, many use digital text messages, emoticons or emojis and expressive disclaimers in order to communicate feelings and emotions.  Really it comes down to how you communicate with others and whether you are insightful enough as a coach to pick up on communication cues delivered by your coachee.  It is definitely a space to watch. We are seeing this as an emerging area within the coaching literature. What is needed is more research on the importance, usefulness and effectiveness of coaching processes, specifically modes of e-coaching delivery and activities.  Watch this space! 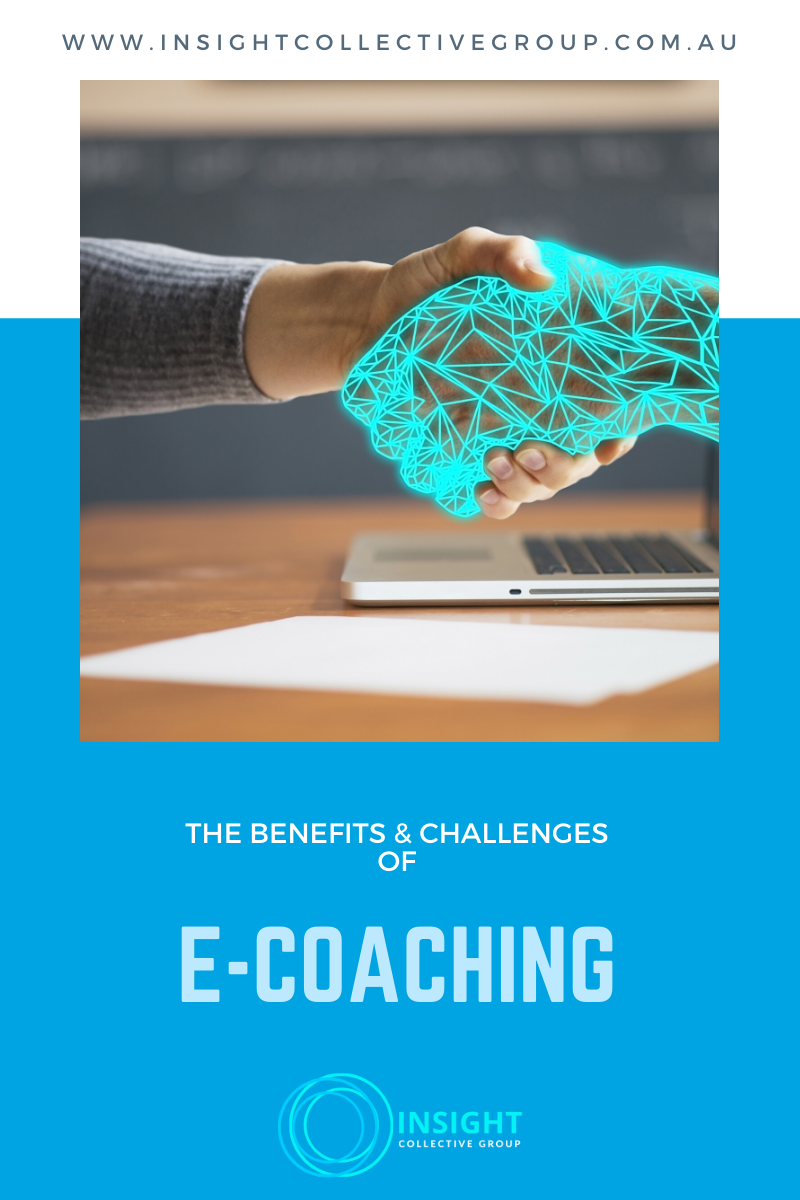 Get in touch with us to discuss your business needs and how an Extended DISC assessment can benefit your people management.